I’d like to start by saying that Steve Levitan — one of the creators of “Modern Family,” who was anointed with the show’s win for Best Comedy Series and also a writing award — went to my alma mater, the University of Wisconsin-Madison. And went onstage wearing a Bucky the Badger mascot get-up. In my mind.

But he did pull some (fake plastic) badger claws out when he talked about how the show’s writers take ideas from real life — and announced that, yes, his kids did walk in on him and his wife…you know, doing it. Like these millipedes.

Ha ha, a little live-broadcast TMI! The camera cut to Steve’s wife, and she just looked in the camera, smiled funnily and shrugged like, “I can’t believe he just said that, but yep! Shit happens!” Priceless. Levitan later thanked his “three traumatized children.” (Note: One of my favorite lines from “Modern Family” is when Phil Dunphy, played by Ty Burrell, who also won, is talking about how he’s “the cool dad”…”You know, I text, OMG, oh my god — LOL, laugh out loud — WTF, why the face.”) I would engage in coitus with this TV show.

Charlie Sheen got up onstage to announce for his “old category” and gave a heartfelt thank you to his former “Two and a Half Men” crew. “We spent eight wonderful years together and I know you will continue to make great television.” I’m crossing my claws the same thing happens for him. (I love you Charlie, I just watched “Hot Shots” yesterday, and am gearing up for your roasty-roast on Comedy Central tonight.)

“The Daily Show With Jon Stewart” won the Emmy in the comedy/variety show category for the ninth year in a row (though the Hollywood Reporter says its the eighth?), as well as an Emmy for writing in the category. And it was pretty obvious why, when one of the head writers recited this gem:

“Thank you for the writing award. It is a very nice writing award. The Academy is very good. So thanks for saying to us, ‘You are good at writing.’ Most of the time Jon Stewart checks our writing and rewrites the writing that is by us, but not this time. Fox News joke TK. Emmys is good. Thank you very much, thank you.”

Ha, the writing by you is very good! So my writer and journalist friends got the “FOX News joke TK,” but for the rest of you out there, “TK” means “to come” in writer-scrawl (like “fill in the blank”). I’d also like to imagine that it means “to copulate.”

Oh, if you missed it, here’s The Lonely Island band from “Saturday Night Live” featuring Michael Bolton (as Captain Jack Sparrow?); Akon contributing some of his “I Just Had Sex”; and John Stamos, Ed Helms and Maya Rudolph spoofing the SNL Gaga skit “It’s Not Gay When You’re in a Three-Way.”

Copulations to all the winners! 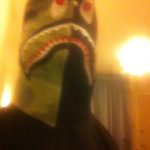 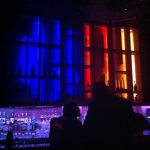 So I'm in Los Angeles, and my bros Dave Mata and … END_OF_DOCUMENT_TOKEN_TO_BE_REPLACED

Drained from a deadline that produced an amazing … END_OF_DOCUMENT_TOKEN_TO_BE_REPLACED

And I'm not talking about his wives, his mummy, … END_OF_DOCUMENT_TOKEN_TO_BE_REPLACED 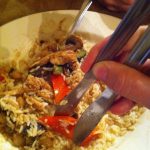 I have been away again! Because blogging on here … END_OF_DOCUMENT_TOKEN_TO_BE_REPLACED 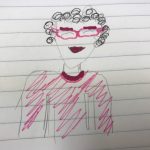 I've been trying to look "nice" lately — not … END_OF_DOCUMENT_TOKEN_TO_BE_REPLACED