Okay, first off — am I the only person who kept hearing this movie referred to as Cowboys VERSUS Aliens instead of “Cowboys & Aliens“?! I was about to throw down with my uncle over this matter. I was wrong, of course (dammit), about this sci-fi western flick named after a graphic novel of the same name, and directed by Jon Favreau.

Moo-ving on: So when Harrison Ford starts firing at this Star Wars-esque flying ship that scoops people up with steel-tendril lassos (which also maybe destroyed his cattle) — I couldn’t help think about Poland during WWII. Here is Indiana Jones helplessly trying to shoot this supernaturally-powered force of an alien ship with a handgun. And it reminded me of when the Nazis invaded Poland — how the Poles charged the tanks on horseback, with swords. (This, I’ve heard, is the reason why Polish people are supposedly stupid. I’m 75 percent Polish, by the way.)

As long as the Polish thing is out there, let me also say that I was brought up Catholic, and that there are a number references to God in this movie, but it’s not too cheesy. Here’s one quote as I remember it. And no I’m not a religion freak, but I did grow up with the idea of a higher power — and this rings true whether you believe in a higher power or not: “I’ve seen good men do bad things, and bad men do good things — but it’s not God who ultimately decides whether or not you go to Hell, it’s you.” (My translation: You ultimately decide what kind of person you are and want to be, not some outside force, and don’t let the past define who you are.)

Thinking about how things turned out, I thought of Marcus in Indiana Jones and the Last Crusade when he says to Prof. Jones, “The pen is mightier than the sword.” (As a sidenote, Daniel Craig, aka Jake Lonergan, is much more Indiana Jones than Harrison Ford, aka Woodrow Dolarhyde, in Cowboys & Aliens — and definitely part Terminator.)

There were many Alien-esque scenes in this film, it made me wish that Sigourney Weaver was cast in even a small part. The end was a bit of a mash-up between Alien and The Hurt Locker. Speaking of which, the little boy who goes along on the adventure, actor Noah Ringer (from The Last Airbender), has an out-of-this-world career ahead of him, he’s gonna blow up.

And speaking of children, I foresee children of all ages being psyched to own a toy version of one of Jake Lonergan’s power-alien-shooter wrist bands — kind of like an ET finger from back in the day. I got one for my birthday in July, but it must’ve sat in the store for so long that the battery ran out and the finger doesn’t light up red. Sad face. 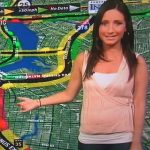 A writer friend of mine in New York started a … END_OF_DOCUMENT_TOKEN_TO_BE_REPLACED 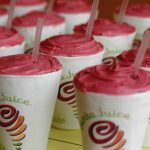 Don't get me wrong, I love me some Jamba, but the … END_OF_DOCUMENT_TOKEN_TO_BE_REPLACED 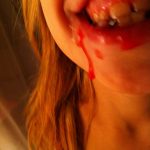 Well, I didn't, but my Mini-Me did. I wish I did, … END_OF_DOCUMENT_TOKEN_TO_BE_REPLACED 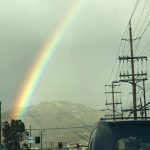 I was driving in Burbank after a spat of rain, and … END_OF_DOCUMENT_TOKEN_TO_BE_REPLACED 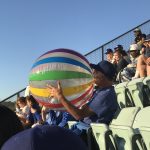 We spotted a graffiti tagger in action on our way … END_OF_DOCUMENT_TOKEN_TO_BE_REPLACED 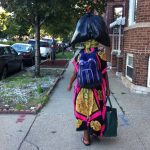 ...but I didn't. No, I followed her. I was pulled … END_OF_DOCUMENT_TOKEN_TO_BE_REPLACED

I'm totally late to the Spotify gate, but I've … END_OF_DOCUMENT_TOKEN_TO_BE_REPLACED 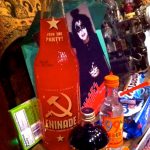 My first Christmas away from home produced some … END_OF_DOCUMENT_TOKEN_TO_BE_REPLACED